So way back in November, not long after returning from my Japan trip, I tried one of the two Pokemon x Its demo polishes that I brought back. It’s only taken me till now to try out the other one, not bad huh!

The first polish was clearly related to Pikachu, I mean it had lightening bolts in it – check out the post here. It was a bit harder to tell which Pokemon this one was based on but out of Pikachu and the three starters featured on the matching hand-cream I’d go for Squirtle because of the silver squares and blueish flakies.

Anyway, I decided the Charmander of nightmares (look at that haunting smile and dead eyes…) was the one I wanted to paint today. Even though I deemed the polish as being squirtle based, he’s my least favourite started so I didn’t want to paint him.

For being a cheap polish around £3 it is actually quite good quality – not smelly, plenty of glitter and dries quickly when applied with a sponge. I just wish I’d brought more back now! I’ll just have to start saving for another J-trip…

So I’ve been super quiet on the blog front, apologies. I won’t bore you too much with the detail of the excuses but basically I’ve been super busy and unmotivated. When I did manage to get a minute to myself I just wanted to chill out and couldn’t be bothered with my nails.

ANYWAY! I purchased this super cute washi tape over in Japan. It’s very appropriate for today’s climate which has been considerably snowy. I cut the tape to size and stuck it down, it was actually quite a sticky washi so it stuck no bother. I then top coated it with Seche Vite and viola!

So here it is after three years of painting, I present to you all 151 pokemon nails as a collection ta-da! 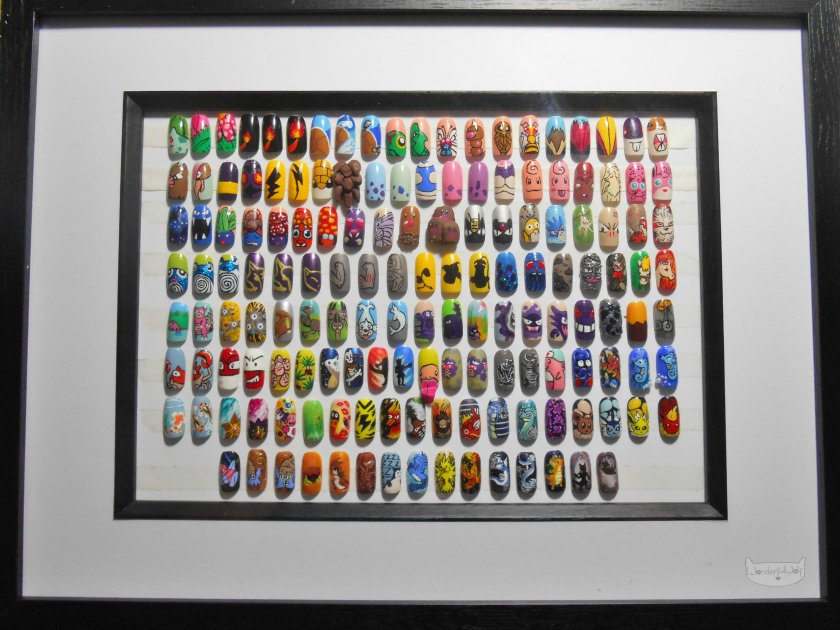 Okay so it could have taken a lot less time, like easily achievable within a year but I spent a lot of time procrastinating over pokemon I didn’t want to paint. But it’s done, and I’m proud of it. It’s enjoyable to look at as a whole and see all the different styles I painted in.

The important question, who’s your favourite? I have a hard time picking one so I’ll go with a top 3; koffing/weezing set, magikarp/gyarados set, caterpie set.

So, IT’S FINALLY DONE – I’ve painted all of the original 151 pokemon! (I’m embarrassed to say it’s taken around 3 years to complete) I’ll be putting all the nails together to take a photo of the whole collection, so stick around for that later in the week.

Even though Mewtwo and Mew do not directly evolve from one another, it felt right to paint them as a pair as Mewtwo was born from Mew.

So apologies for my week of absence, I had a spontaneous holiday (a last minute deal for an all inclusive week in Majorca – who could resist?) and therefore didn’t have time to schedule any nail art.

Dragonite annoys me to no ends, he’s my least favourite pokemon for several reasons.
1) It looks like a fat charizard. I mean they’re both the same colours and mostly the same shape.
2) Dratini and Dragonair are blue, elegant and cute so how on earth do they eventually evolve in to that fat, orange Charizard imposter.
3) What happens to the gems that have been evolving; dratini starts off with one on his head, dragonair develops two on his tail and one under his chin and then dragonite… none, where do they go?
4) Just no. I just don’t see it, it doesn’t make sense, something went wrong. It could have looked so much cooler, keeping with the serpentine body and blueish hues it could have looked great but no.

Is anyone else with me on this? Or do I just sound a little crazy now…

So I’m so close to finishing this challenge! It’s unfortunately taken a ridiculous amount of time however (I mean we’re talking two years…), so it almost means nothing now in terms of a ‘challenge’ but I’ve enjoyed doing it.

So this is the second bird from the legendary trio. I had fun painting him but it was quite hard to get so many lines painted in such a small space. The best part was actually the base I created, I think I’ll have to use it for some future nail art!

So the legendary birds from the original series form a trio, and it actually explains this in their names; articuno (1), Zapdos (2), Moltres (3). How cool is that?

I wasn’t too impressed with how Articuno turned out, I wish I could have conveyed more of it’s natural grace and beauty. Instead I’ve got a sort of pudgy pigeon who can’t wait to fly off the nail…

So this is my partners favourite pokemon. I think it’s because he sees a little of himself in Snorlax; they’re both over-weight (he’s not quite as large as snorlax obviously…) and also pretty, darn lazy. Fortunately he doesn’t read my blog so there’s no risk of offence being taken! It’s said in playful jest anyway… 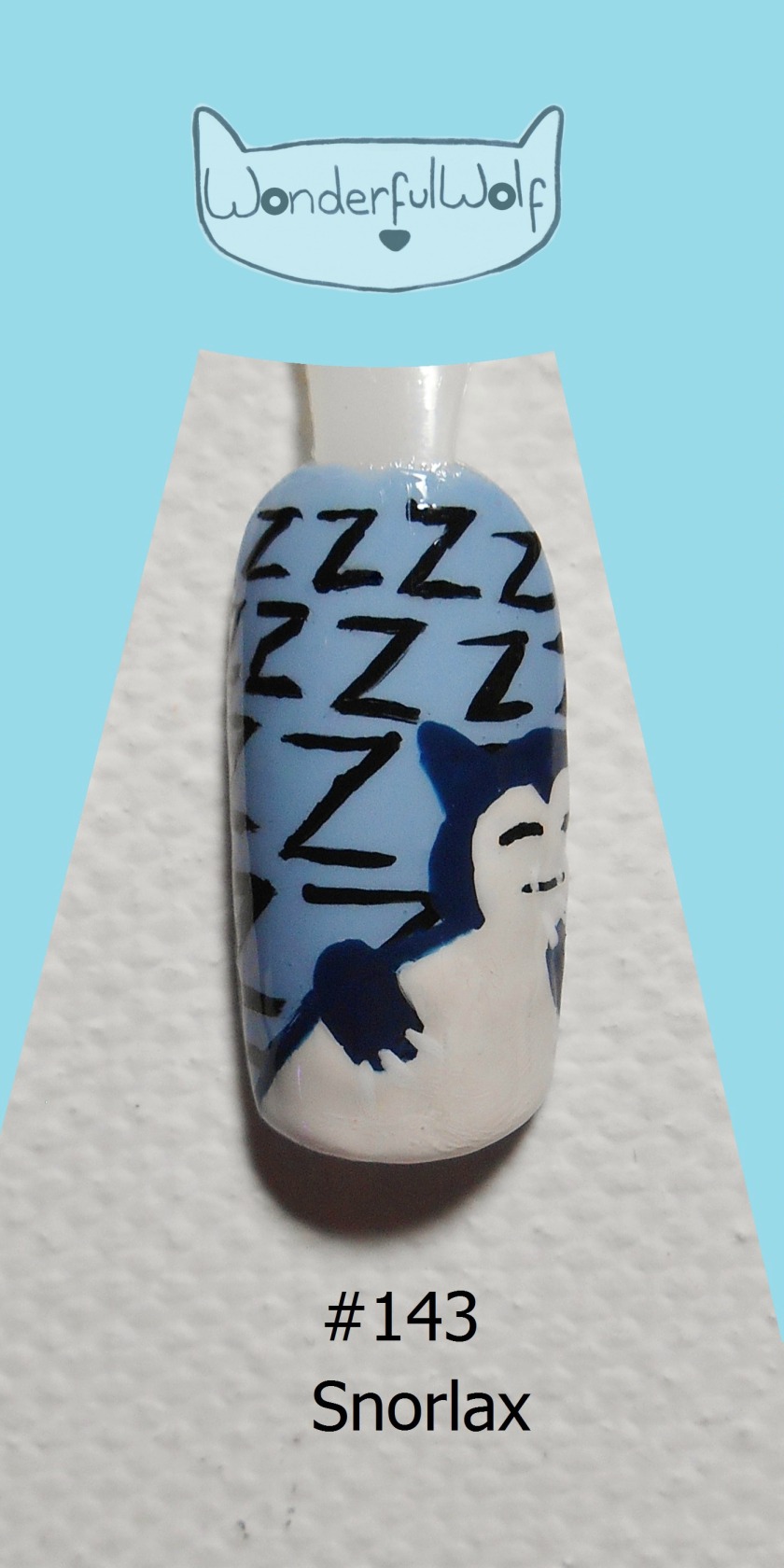 So Aerodactly lends itself perfectly to being a fossil skeleton. This was a little bit of a rush job, meaning there wasn’t as much love and detail went it to it that should have. Even the photography is shoddy. Poor guy, he deserved better.