So Born Pretty Store sent me some ‘Fish Scale Stencils‘* to review this week. There are 9 stencils in a packet which is a little strange if you intend to use one for each finger though, presuming you have 10 nails to paint of course. 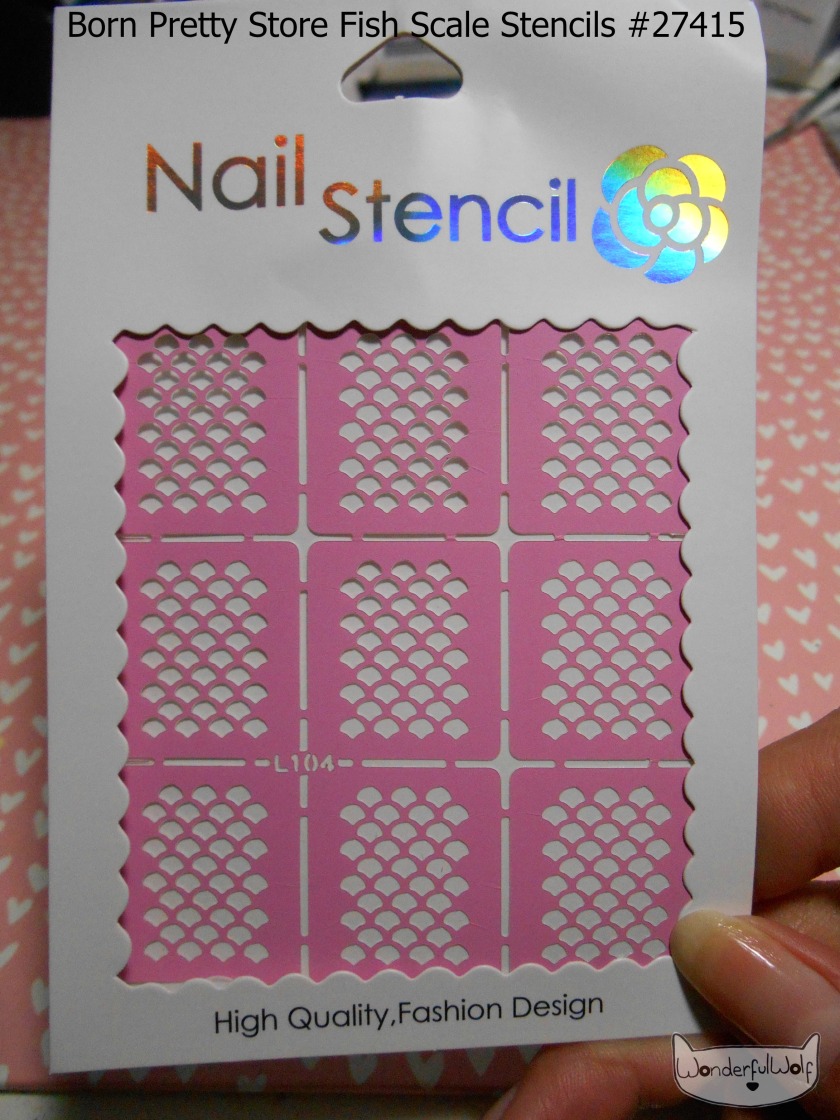 They come on a clear backing which you need to peel them off of and sort of as one sheet. I’d advise being careful when trying to detach them from each other as the stencil vinyl is pretty thin and feels a little delicate. As you can see I managed to tear off the corner, so maybe cutting them would have been better. 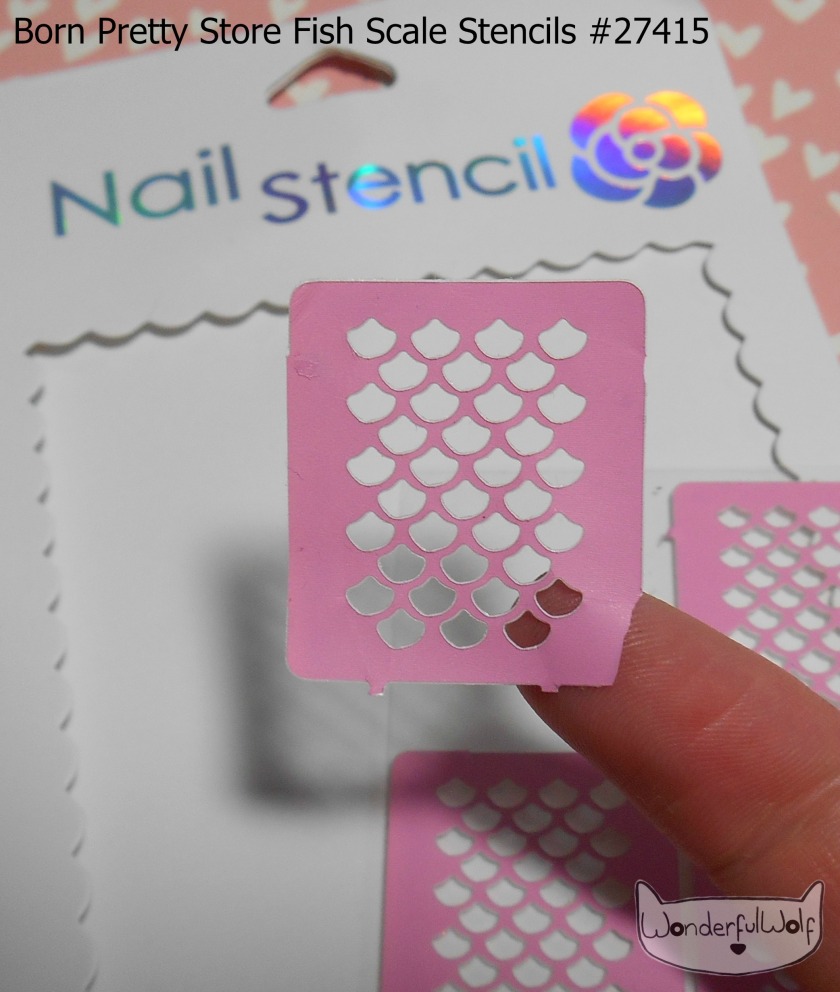 The first thing to do is to apply a base colour, I chose a metallic silver, and it’s important you let this dry completely. If you were to place the stencil on any sooner you run the risk of peeling the polish off with it. 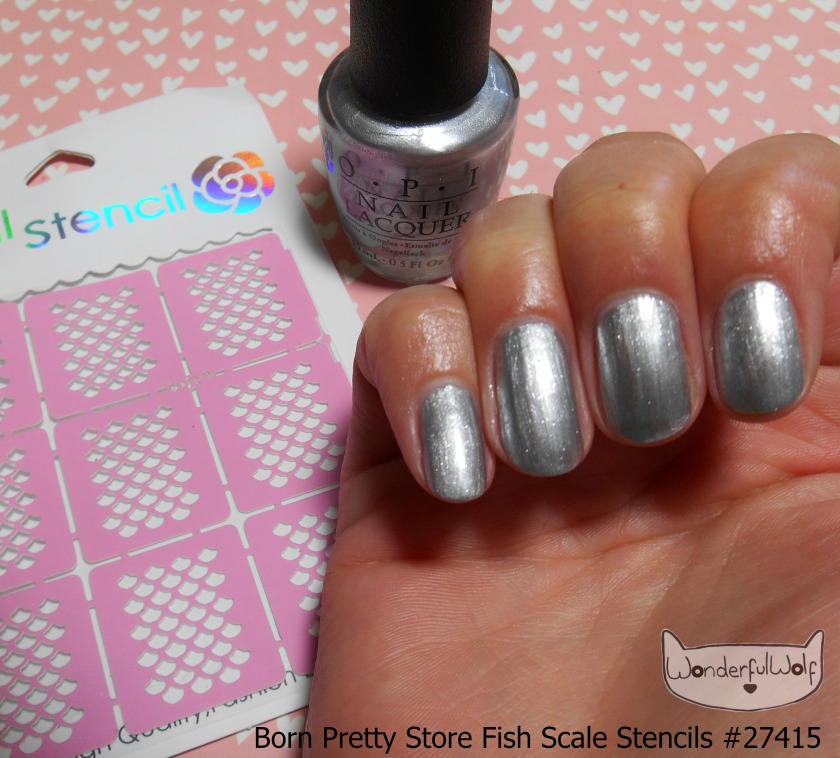 Make sure your stencil is fully stuck down on your nail, any gaps will result in the polish leaking underneath it creating an uneven pattern. There are many ways to apply the polish on to the stencil but I chose to sponge it on. By doing it this way I find that it minimizes the amount of leaks, compared to painting it on which can flood the stencil more easily. The length of the stencil is very generous meaning there shouldn’t be an issue if you have longer nails than me. (Let’s face it, that’s not hard.) 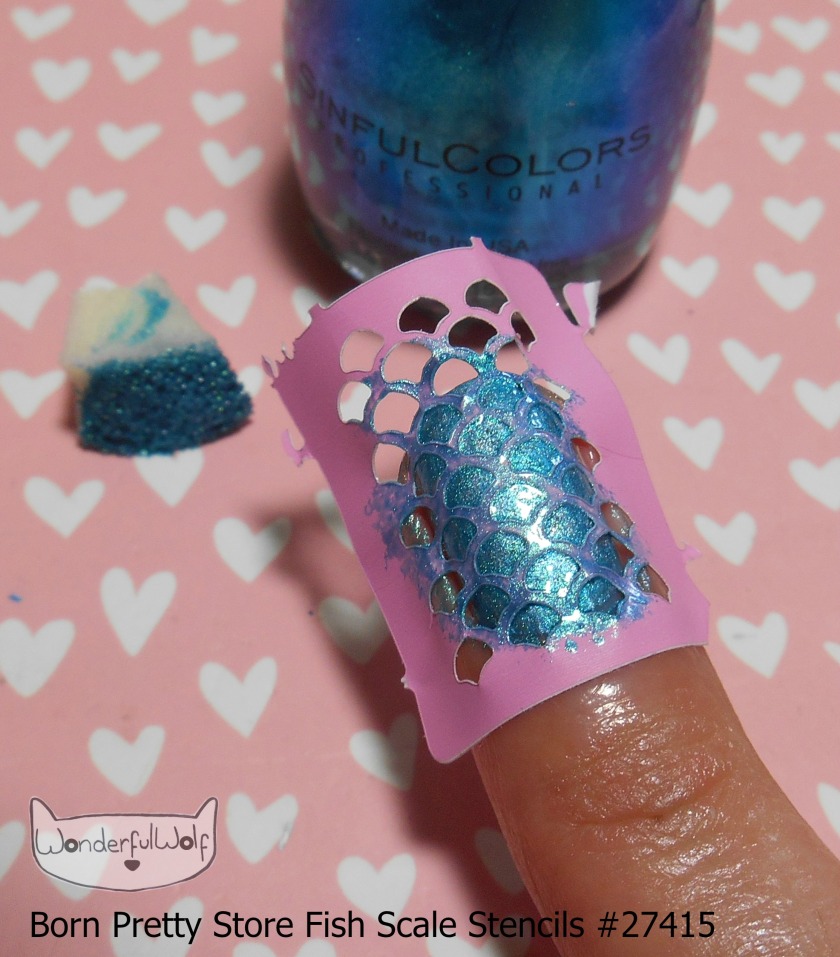 After sponging/painting on your top polish, carefully peel off the stencil and hopefully you’ll like what you see! The stencils weren’t as durable as others that I’ve reviewed from BPS, however I still got two nails done from one which isn’t bad going. I didn’t want to push it any further as they were starting to feel too flimsy.

I finished the look off with a top coat and added some typically related decorations – pearls, micro-beads and a shell. (Yawn.) But doesn’t it look pretty!

I know this might seem strange, but the actual stencil part was looking really beautiful after being sponged with my top colour so I trimmed it to fit my nail and stuck it down. I had to apply two coats of seche vite to get it thick enough to achieve a smooth looking finish. Doesn’t it look cool? 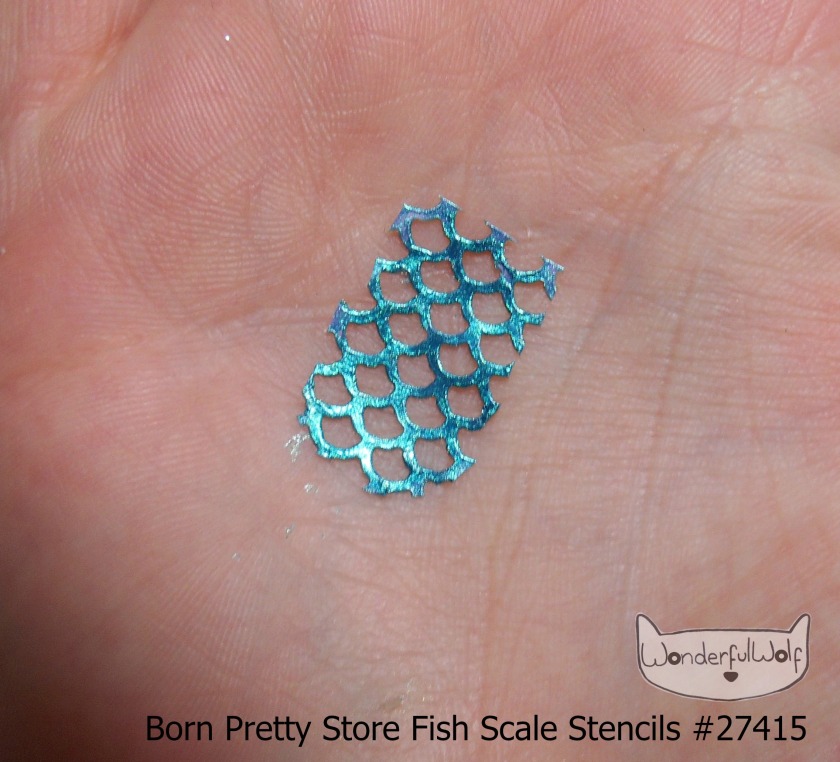 The next polish I tried the stencils with was a thermal one – because they’re just so much fun. It’s a lot easier to see the pattern definition with this colour combination too. As you can see there was very little leakage, nothing major enough that it couldn’t be corrected, meaning the stencils did their job – well done stencils! 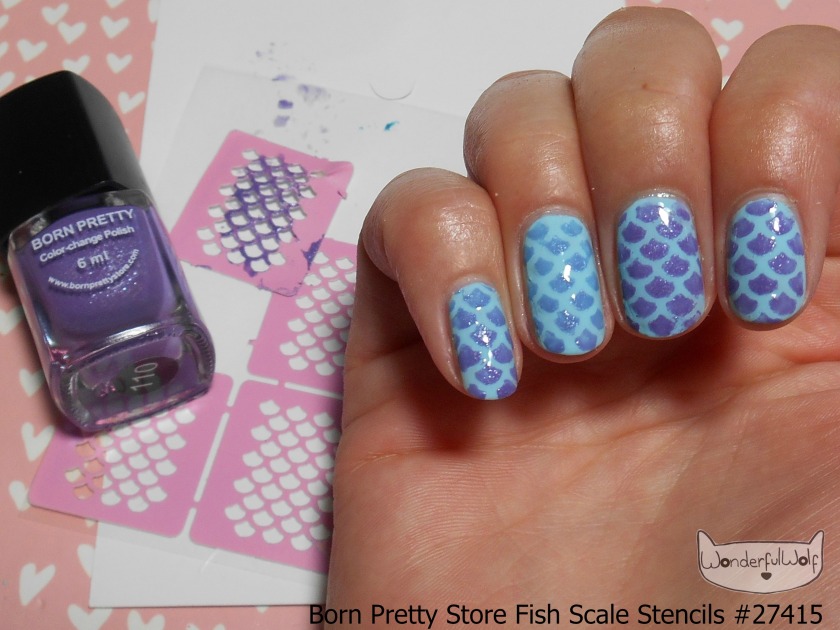 Below are some Coldfish Scales. Bahahaha goldfish, coldfish? Because the thermal polish is cold. So funny!

The image below quite interesting as a comparison guide. (This is the thermal polish hot by the way.) Can you tell which two nails I did with a fresh stencil? Yup the index and ring. The edges of the fish scales that were done with a used stencil are slightly fuzzier looking, nothing too noticeable and people aren’t usually looking that closely at your nails. (Right?…)

If you would like to try out these Fish Scale Stencils, they are available from BornPrettyStore and are currently (19/10) selling for $1.39 – pretty cheap huh! Don’t be concerned that it’s in dollars, paypal converts your total for you in to your preferred currency, or be worried about the potential cost of shipping – it’s free! If you use my code ‘AZYW10’ you will also get 10% off all full priced items.